How Letting Smoke Go Untreated Can Cause Serious Damage 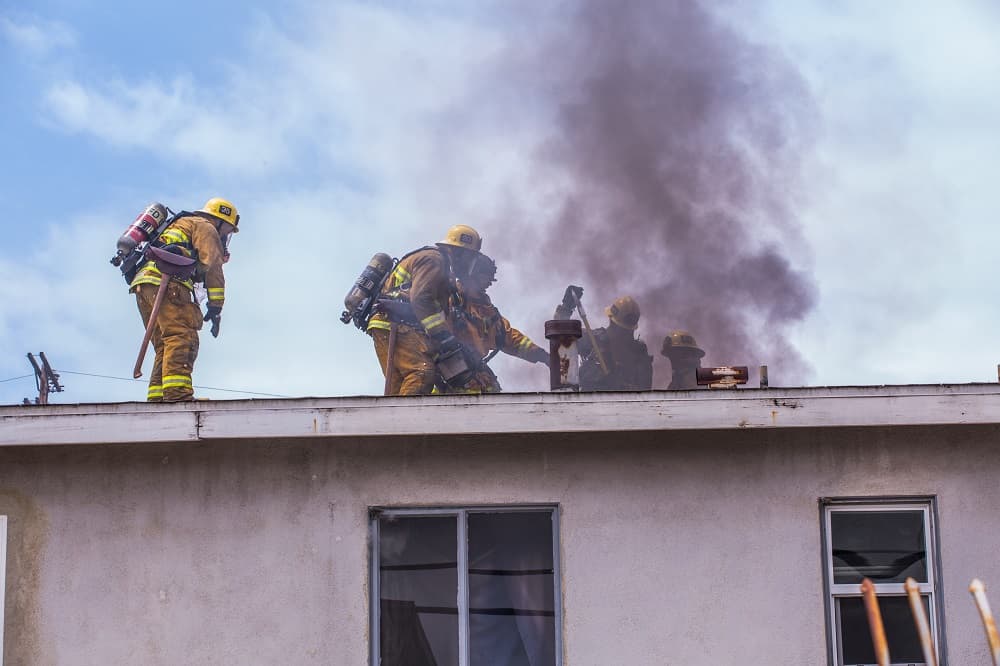 Fires in residences and commercial spaces can be devastating on many fronts. In the wake of a fire, many people are primarily concerned with the risk to human life and the property damage caused by the flames and high heat. However, there are two types of secondary damage that can also have a profound impact on the property involved in the fire: water damage and smoke damage. Smoke damage can be particularly unpleasant because the smoke and gases let off from the flames can penetrate almost every surface in the home and linger without proper smoke restoration in Ocean City, MD.

One of the keys to mitigating the damage done to your property following a fire is quick response and decisive action, and that also holds true for smoke damage. When smoke goes untreated after a fire, it can compound the damage done in the initial conflagration. Any professional fire restoration project must include smoke damage cleanup if the property is to be successfully returned to its former state. Keep reading to learn what can happen when smoke damage in a structure goes untreated.

You may not know it, but smoke is an amalgam of many substances, some of them toxic. As a byproduct of burning, smoke contains gases such as carbon dioxide, carbon monoxide, sulfur dioxide, acid gases, nitrogen oxides, benzene, toluene, styrene, aldehydes, and dioxin. Many of those gases can be deadly with prolonged contact, and some are known carcinogens. There’s also unburned organic matter known as soot that gets deposited everywhere the smoke travels. The components of smoke must be thoroughly cleaned, or they could damage the health of anyone who inhabits the structure. Soot can spread to rooms that weren’t initially impacted by the smoke, especially when it isn’t properly removed soon after a fire.

Smoke damage adds insult to injury in the wake of a structure fire. Not only must the property owners deal with the devastating impact of heat and flames, but smoke can seep into every surface in the home. The damage done by smoke and airborne ash isn’t just superficial, however. When those elements combine with the water firefighters use to extinguish the flames, the result is the creation of a corrosive element that can deteriorate wood and metal surfaces and undermine the structural integrity of your home. Professional smoke remediation technicians must attack the smoke and soot with specific cleaners in order to render the corrosive substance inert and prevent additional damage.

If smoke damage remediation begins soon after a fire, there’s a good chance that the effects of the smoke can be minimized. However, if the smoke is allowed to saturate things such as drywall, furniture, and flooring, there’s little chance of ever ridding yourself of the noxious smell and chemical exposure that results from untreated smoke damage. Therefore, it’s important that smoke damage restoration is conducted as soon as possible following a fire to prevent long-term damage that can’t easily be remedied.

Smoke damage that goes unchecked doesn’t wither with the passing of time. Rather, it can get worse, and the damage escalates over time, which will drive the cost of restoration even higher. The longer you wait after a fire to take action to mitigate smoke damage, the more deeply ingrained the odors will become. That means more aggressive means must be used to remove the stench, and that translates to higher cleanup costs.

It’s important that smoke damage restoration in Ocean City, MD, is performed immediately following a structure fire to prevent further damage. Because of the permeating nature of smoke and its toxic makeup, allowing smoke to persist in an indoor environment can be hazardous to human health and can cause irreparable damage to the components of the structure. If you need help with smoke damage restoration after a fire, contact United Restoration at (443) 727-3307.